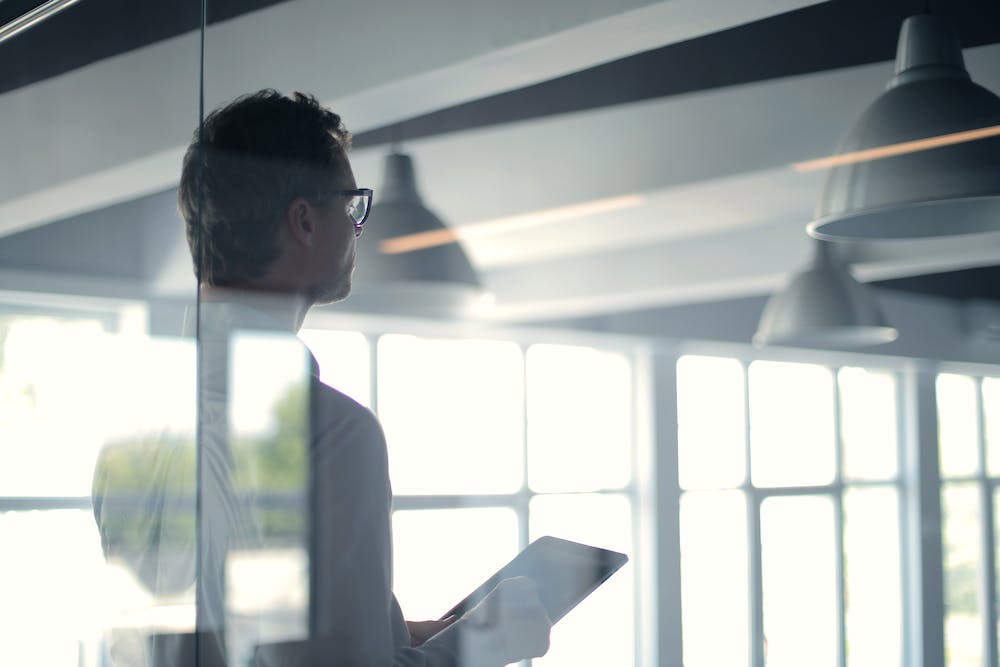 “One can lead a nation only by helping it see a bright outlook. A leader is a dealer in hope.” Napoleon of France

Irrepressible leadership has a forward-thinking worldview. It operates on the basis of long-term vision and foresight.

There is a significant distinction between everyday, regular, run-of-the-mill leadership and futuristic leadership. A visionary leader sees and lives in the future. They progress by using their vision to help others see and be motivated to go towards the future. They are noted for exclusively celebrating individuals who share their worldview, as they drive one another towards collective achievement.

Foresighted leadership enables individuals who practise it to be more effective in the present by blending the lessons acquired in the past with their future goals.

What is the definition of foresighted leadership?

Foresighted leadership is the capacity to see successfully into the future while remaining unconcerned about the past or the present. Rather, they have a preferred future in mind and begin to work in that direction.

Some regard this feature as a supernatural blessing bestowed upon the lucky. However, this is not the case; foresight is a skill that must be honed in order to advance and be a great leader. Foresight is the capacity to anticipate and look forward to the future. It is predicting what will happen in the future and taking action in that regard.

Foresighted leadership is best defined as having foresight, foreknowledge, perception, or far sight. It is the capacity to reflect on the past and the present that aids in the formation of an actionable future. Those who are unable to learn from the mistakes or triumphs of the past and present may be unable to anticipate, forecast, and act in regard to the future.

Foresight is critical; it entails sifting through the long-term ramifications of present trends, anticipated obstacles, and unexplored possibilities.

Foresighted leadership is analogous to using binoculars to bring a faraway image closer and then seeing numerous alternatives and beginning to move in that direction. This is the type of behaviour that defines irrepressible leaders.

Irrepressible leaders live in the future while in the present.

Irrepressible leaders utilise their executive positions to challenge the organisations, governments, and institutions they represent to achieve new achievements in a changing environment by forecasting and working toward the future.

Futuristic leaders anticipate trends and simply make the future a reality. Those who have foreseen and predicted the future have frequently profited.

Take, for example, Steve Jobs, who used contemporary technology to construct futuristic tools for life in the later half of the twenty-first century. Since then, his company has reshaped the way business is conducted.

Mark Zuckerberg, one of Facebook’s co-founders, founded a social network through Facebook at the age of twenty-eight. Following the floatation of Facebook shares on the stock market, it surpassed Apple to become the third biggest corporation, despite never selling a real product. It helped to sell a notion. Facebook raised $100 billion in its initial public offering.

When circumstances are good, these leaders anticipate the downturn, and when times are tough, they understand that life is cyclical; the cycle of excellent, great, and beautiful will still arrive. They anticipate this and try to ride the crest of the wave of change. In other words, they identify opportunities and inspire others to grasp them.

Embracing foresight in leadership is vital because it sets you apart from the crowd and offers you a reason to push others to make a difference. It is, in fact, an essential component of outstanding leadership and distinguishes people as unstoppable as they inspire others to envision the future before it arrives and make it a reality.

It is required because the identification, development, and retention of future leaders is critical to any organisation, and it takes a man who can see the future to anticipate those who can lead others into it.

Foresight is essential because it is like a road that leads a person into the future ahead of their opponent. When a leader visualises the future, he is able to lead his organisation there while the competition is still dealing with the issues of the present.

Envisioning requires you to go beyond the behaviours of your existing rivals and to forecast, manage, and alter the way business is done. Where there is a lack of forethought, there may be a hurdle.

The leader becomes monocular, opposes everything new or different, and treats the people as captives to the past. The difficulties of monocular leadership are numerous. They are frequently hampered by the challenges of the past or stifled by the huge triumphs they have attained. They end up over-celebrating till they are overtaken by someone else.

Foresighted leadership may also be hampered by tiny thinking, which occurs when a leader finds it difficult to foresee something wonderful in the future and take the necessary steps to achieve it, regardless of the cost. This is not a quality for the conservative, cautious, or unimaginative.

There is also the occasional difficulty of over predicting and being concentrated on the future to the point that the leader loses the opportunity to transform the present.

Foresighted leadership does not focus on a rosy future to the exclusion of the reality of the present. It is about foreseeing the future, understanding the potential for success, and laying out the road that will lead there.

In the long run, organisations and individuals that want to witness irrepressible leadership that is supported by foresight must pay attention to and modify in the following areas:

Decision making – Because the future has not yet come, foresight allows one to make decisions based on various alternatives. Because of a lack of foresight, certain actions will be taken in response to a future that has already come.

Visioning – foresight assists you as a leader in distilling the vision of the future; the vision of possibilities. Where that future has already come, it would be unlikely to challenge the followership to success since it would be a knee-jerk reaction.

Strategic planning — Forward-thinking leadership allows you to strategically plan what has to be done. Consider a country that combines demographic expansion with urban development goals. It prepares for the rise of young families by upgrading transportation, lodging, health, and other important systems.

With foresight, it is possible to design precise success scenarios that can be validated in advance. In the absence of foresight, such a hypothetical metropolis may miss out on the chance to plan ahead, project, and provide for future expansion.

Enacting change – foresight allows a leader to foresee opposition from inside the organisation or even from the market. He has the ability to reduce unfavourable perceptions of the suggested product, opportunity, or approach.

Once change has been foreseen and a means for achieving it has been established, the next step is to grow the business or organisation into the vision and future desired. A leader then engages those who are with him via foresight, far vision, and insight to enable them see and run with the future vision.

Once you have identified future prospects, you must examine the consequences and significance in order to calculate the work, resources, and time necessary to realise the vision and that which was observed through foresight.

Formulating a thorough or workable plan, model, or strategy to turn the leader’s perspective into reality is part of strategy. Following the creation of a strategy is the grooming of the leaders who will assist in its execution.

Developing this capacity as part of your leadership style will benefit you much since you will be perceived as a resourceful visionary, an inspirational, and transformative leader. It elevates you above others because you go beyond existing assumptions and patterns to anticipate potential future possibilities. It permits you to steer the organisation in a forward-thinking manner rather than reacting to every new development in town.

Irrepressible leadership is foresighted leadership. Businesses and organisations are increasingly global, and globalisation necessitates a new type of leadership that is dynamically networked throughout the enterprise and aligned with an expected future.